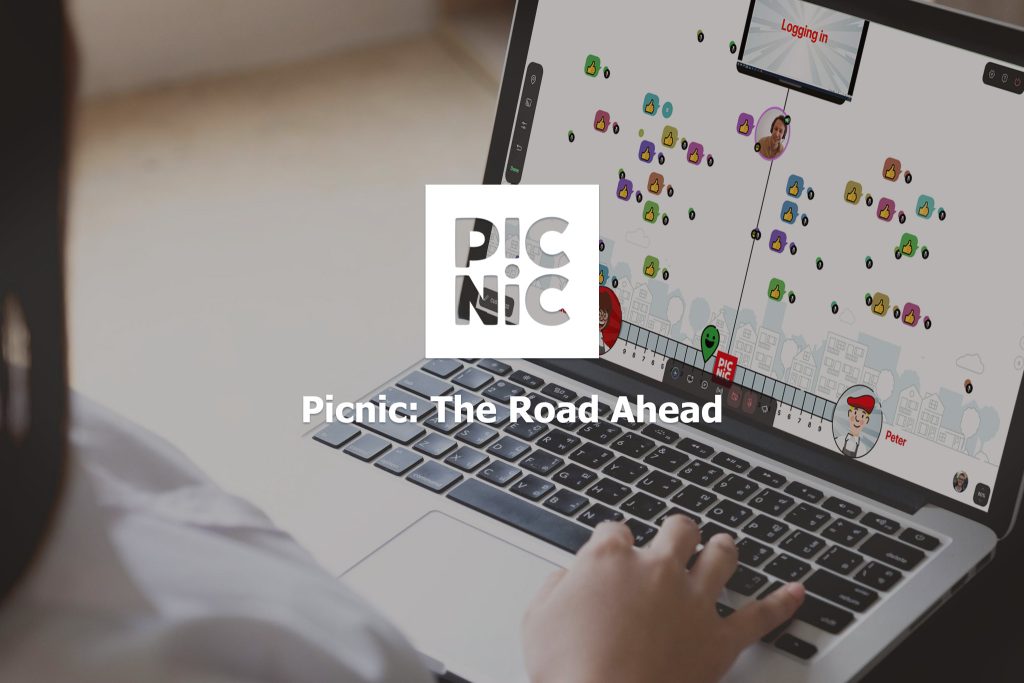 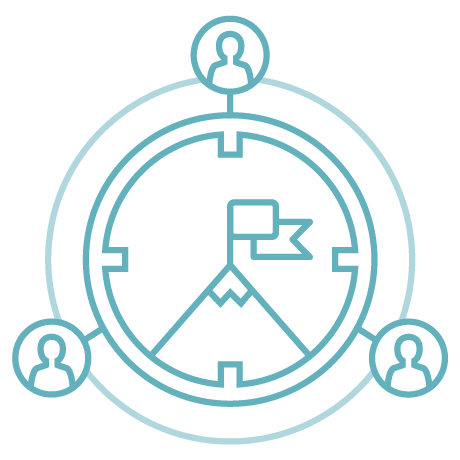 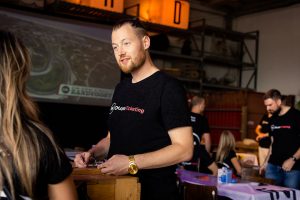 Target group: all the office employees

Objective: to playfully share the objectives of the coming year with all the colleagues

1000 colleagues came together in a creative and interactive online platform. After an official introduction from the game host, the attendees split up into different online rooms. These rooms were completely decorated with fully customised and changing Picnic designs. Per room the participants first took part in a speed dating round to get acquainted. Afterwards each room was divided and ultimately two groups were created: ‘Paula’ and ‘Peter’, named after the Picnic mascots. 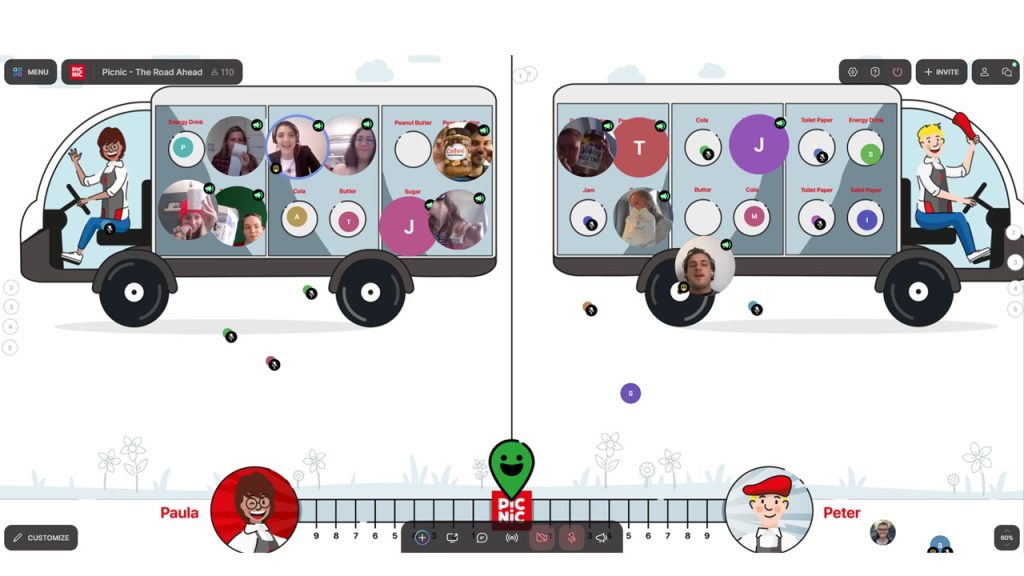 These teams competed in multiple challenges that together formed a working day at Picnic. The workday began with the Gear Up challenge, in which participants could dress up in their team colours. Afterwards, the teams went on to the next challenge Logging in. In this challenge the participants had to drag their avatar in order to create symbols with each other. During the next challenge the teams had to fill Picnic-carts with groceries and in the last challenge those groceries had to be delivered by creating the right route together with all the team members. After everything the groups returned to the plenary meeting. Here the organizers of Picnic presented the objectives for the coming year. At the end of the presentation, accompanied by loud cheering and an emoji-rain, the winners of the Picnic Road Ahead Games were announced.