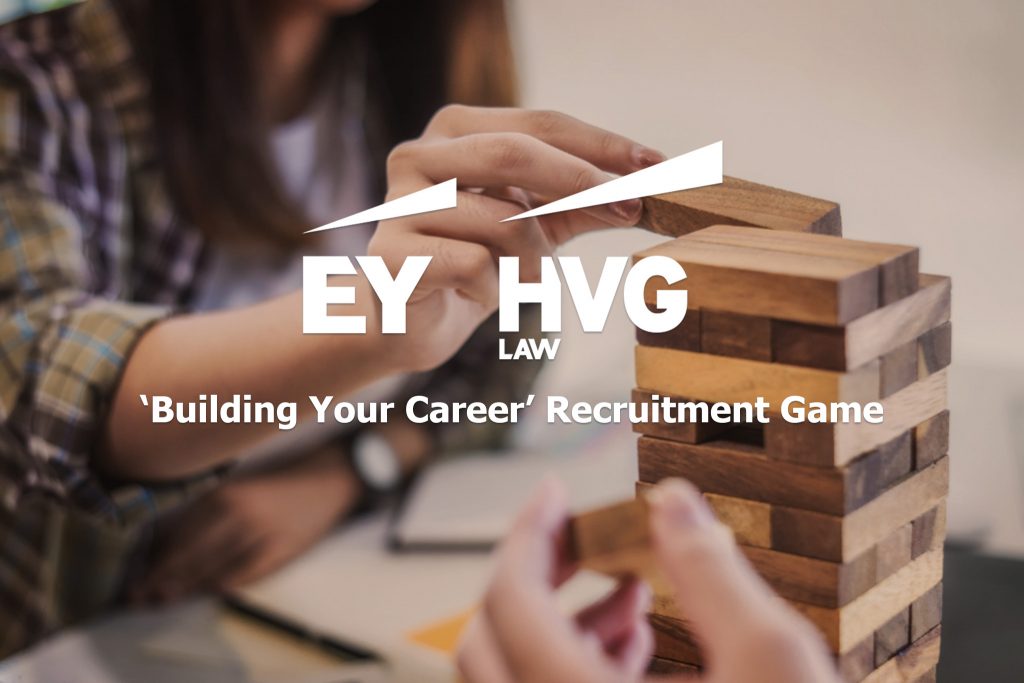 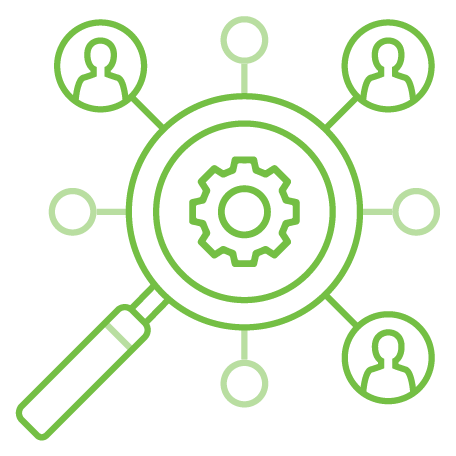 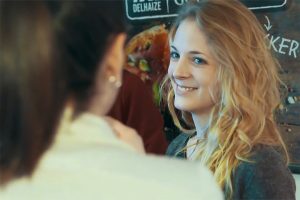 Objective: getting acquainted with the various (job) opportunities within EY and HVG Law

Students can – amongst others – work for EY and HVG Law as a working student, an intern, a trainee or as a new employee within a variety of divisions. We developed two comparable games for EY and HVG Law, to make sure students get to know the several possibilities within both companies in an authentic way. 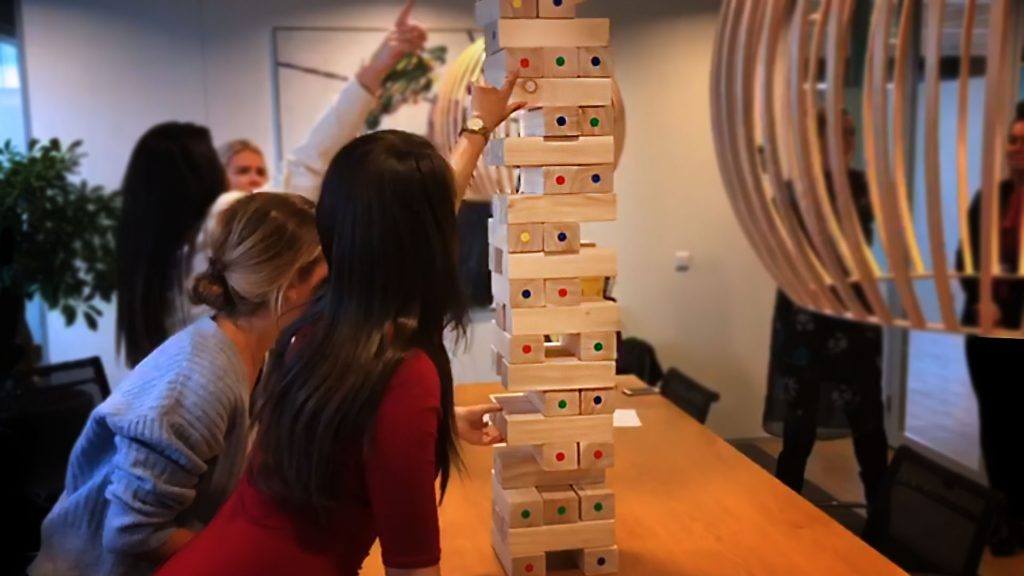 On arrival, the contestants are divided in four teams that are represented by the colours red, blue, yellow and green. Subsequently, the teams get ten minutes to build a man-sized tower. This tower has to comply with various specifications. Hereafter, the most thrilling part starts: the teams have to pull blocks out of the tower and answer questions about EY or HVG Law written within a limited amount of time. Which team scores the most points before the tower falls over and wins the game?