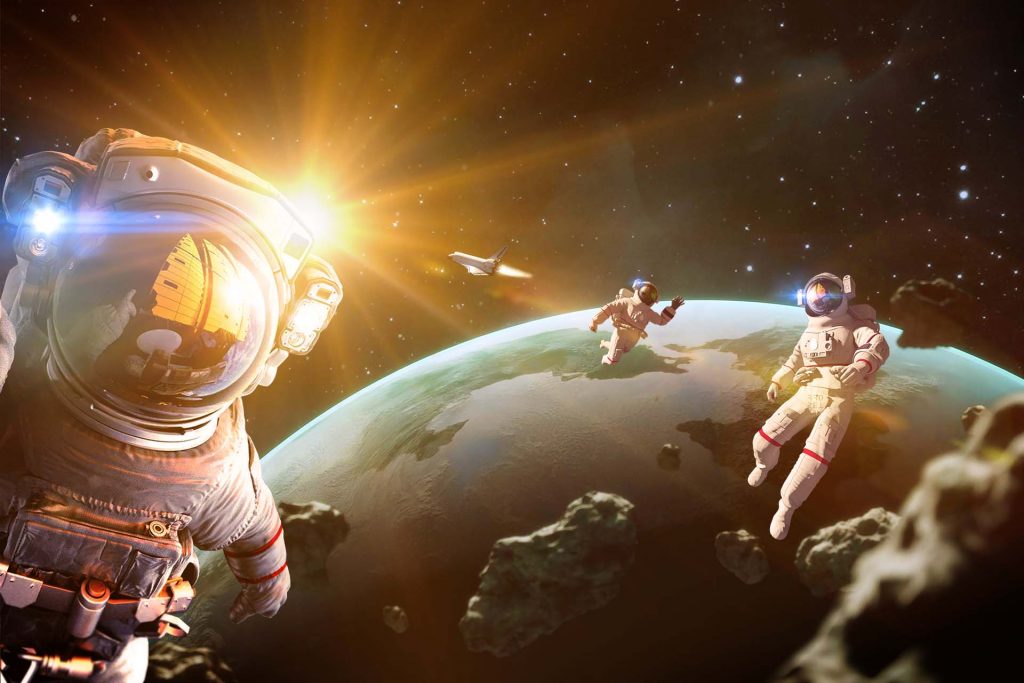 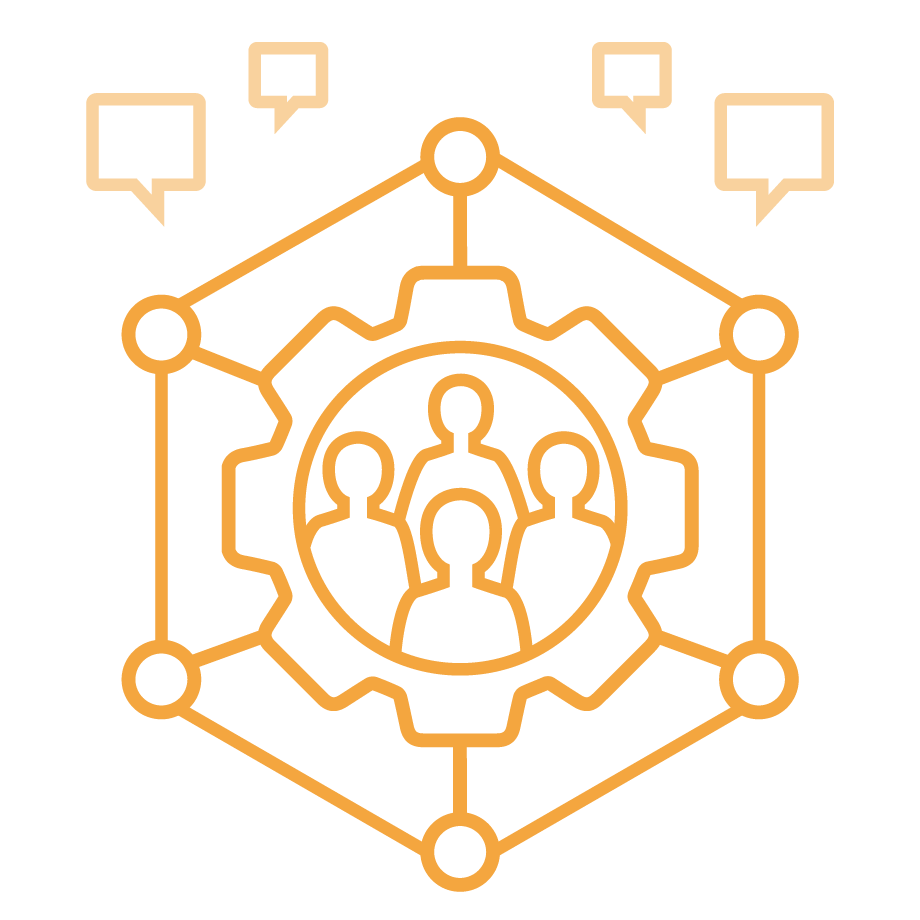 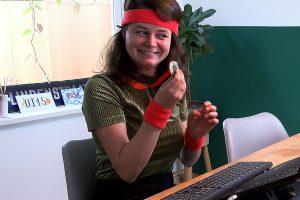 Co-creation, communication and navigation, effective decision-making and a spacious amount of fun. That is our virtual ‘United In Universe’ Business Game! The participants help shape a mighty new planet by executing tasks with each other, as well as against each other. They determine which assets are essential to the planet and where they are most effectively positioned. As the next generation of astronauts, they need to make tactical choices in order to work towards a collective future! 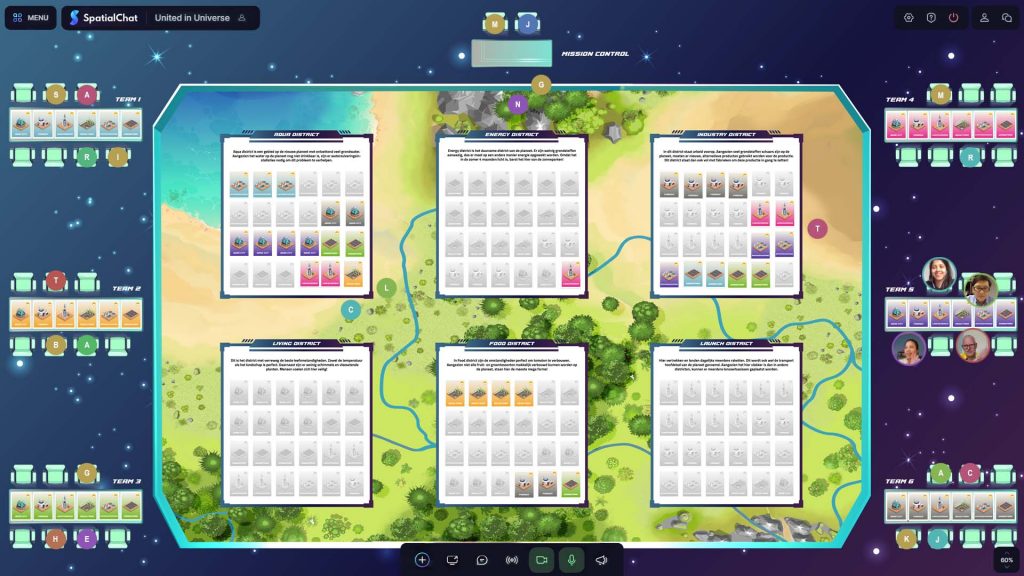 United in an online universe, astronauts are supported by the game facilitator and chatbot Houston. During their voyage, the teams independently start researching the newly discovered planet and learn more about their own astronaut team. The findings are presented to the other teams. Afterwards, they hover over the planet’s surface and execute challenges together. Every correct execution earns them assets which they need in order to build up an inclusive planet. However, this is only achievable when the teams reinforce each other and when they work collectively. Up to the last second, deals are being made by the astronauts to make the planet as viable and habitable as possible. The team that contributes the most to that cause, wins the game!

Want to play the virtual ‘United In Universe’ Team Building Game for your organization? Contact us without obligation. We can also customize this game to your specific needs. 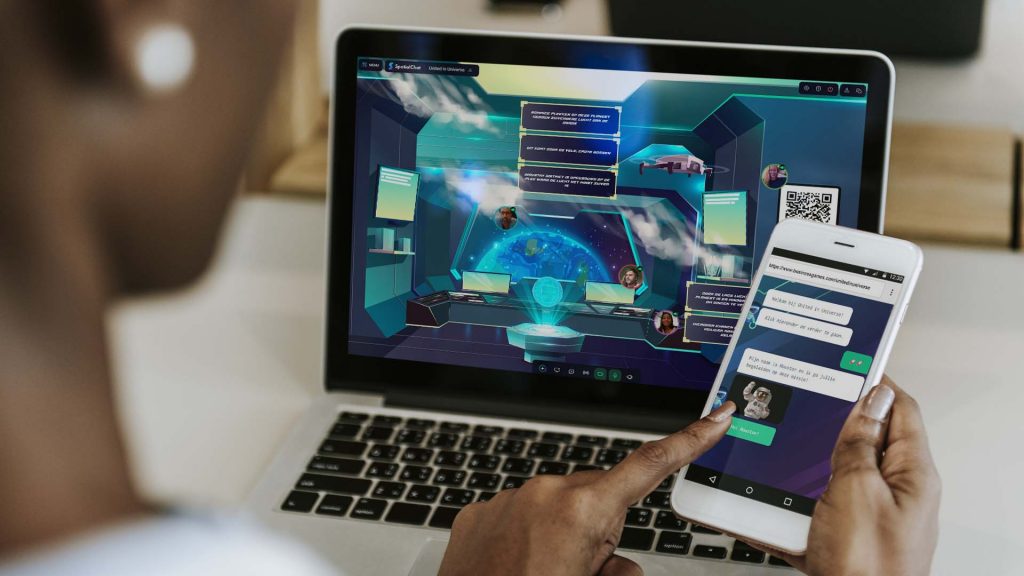 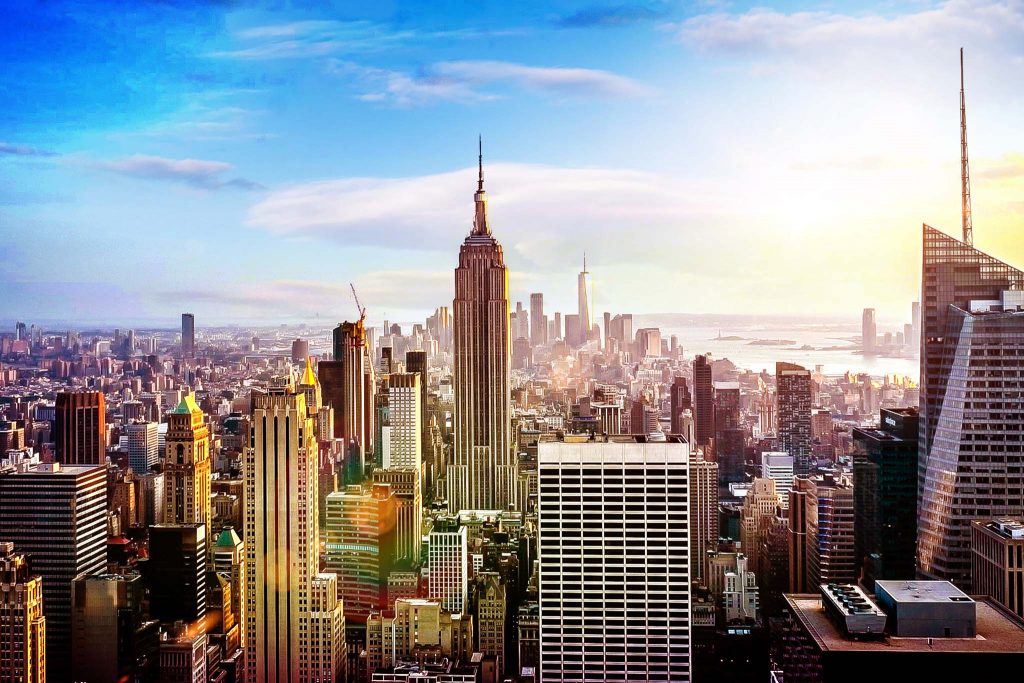 Live Game: Strategy / Cooperation / Negotiate
A nation as a metaphor for your organization. Various countries form one nation, just like different departments form your organization. Together they build the nation by buying and building assets with a common goal: making their population happy (= happy customers). Cooperation between teams is key to achieve this goal! 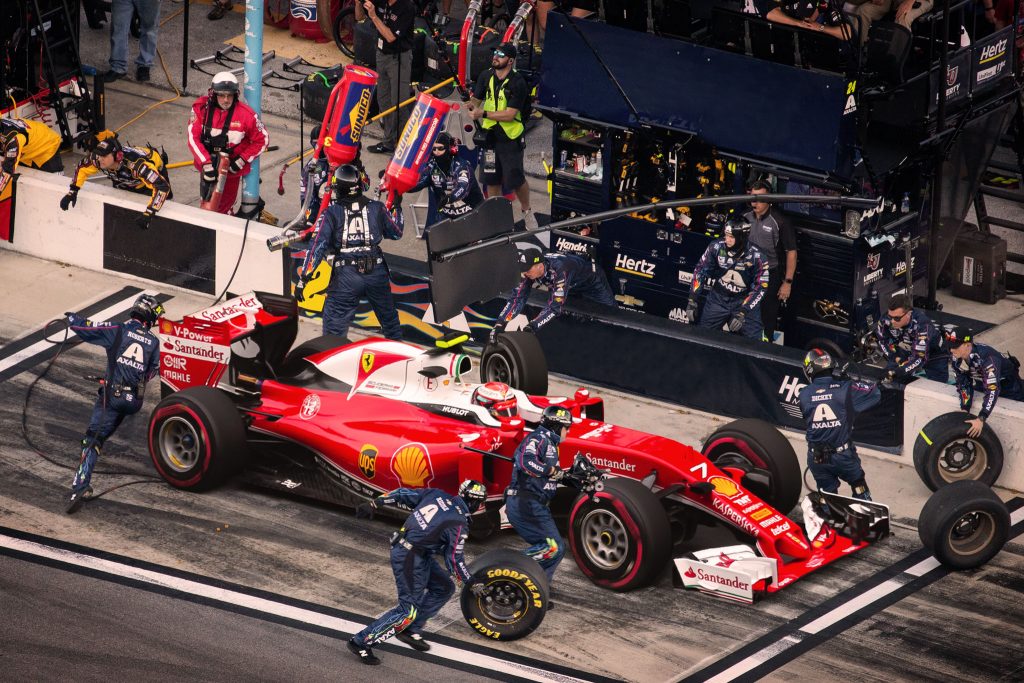 Racing To The Top

Live Game: Cooperation / Entrepreneurship / Competition vs. Win-Win
Transform your team into a well-oiled machine! As representatives of Formula 1-teams, the media and countries, the teams need to bring their ‘A’ game to reach their specific goals. Promising partnerships could be jeopardised as a result of changing budgets and unexpected incidents. The teams will be challenged to shift gears quickly, to steadily steer the wheel and to go full speed ahead, just like real F1 drivers! 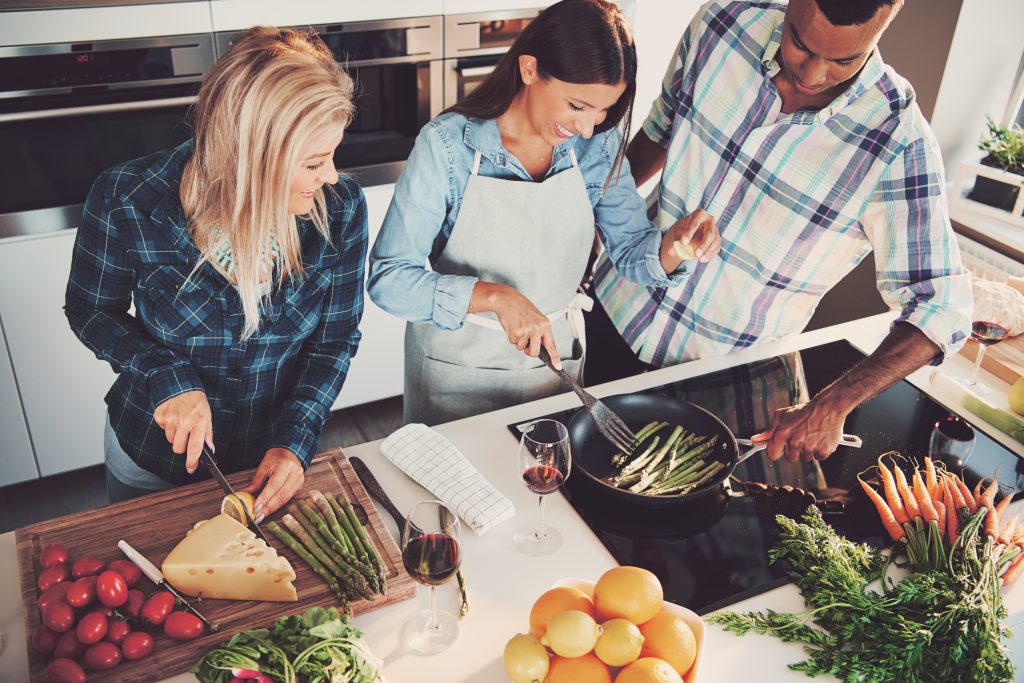 Live Game: Cooperation / Negotiation / Flexibility
Let us take you to the tasty world of haute cuisine! Become part of a kitchen crew of a newly emerged restaurant. Participants need to provide an impressive menu and buy ingredients under the watchful eye of the chef. The teams will have to consult one another, work together and negotiate. Which team is able to win over the chef with a stunning menu? Dinner is (literally) served! 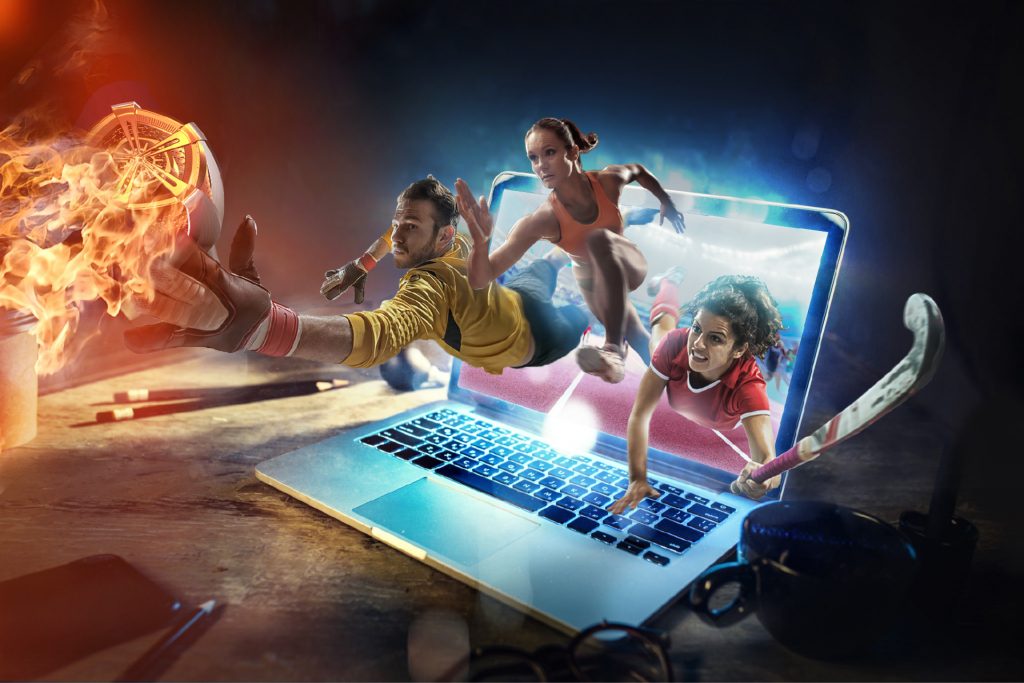 Online Game: Communication / Decision Making / Collaboration
Players in remote teams compete in the Online Olympics across a multitude of new disciplines. Communication and collaboration are key, but can teams adapt to the complexities of a virtual working environment and achieve results? Which team will cross the finish line first? 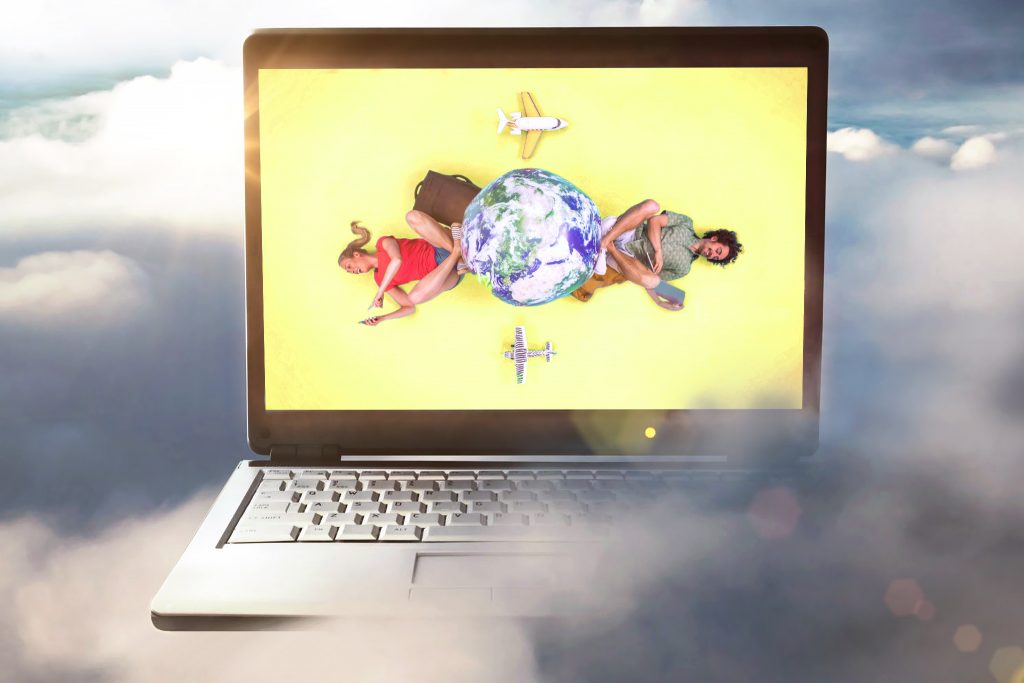 Happiness Around The World

Online Game: Communication / Traditions & Cultures / Celebration
Players in remote teams embark on a global journey to explore wondrous traditions and different cultures. It is up to you and your team to create and share as much happiness as possible in this high energy, interactive game! 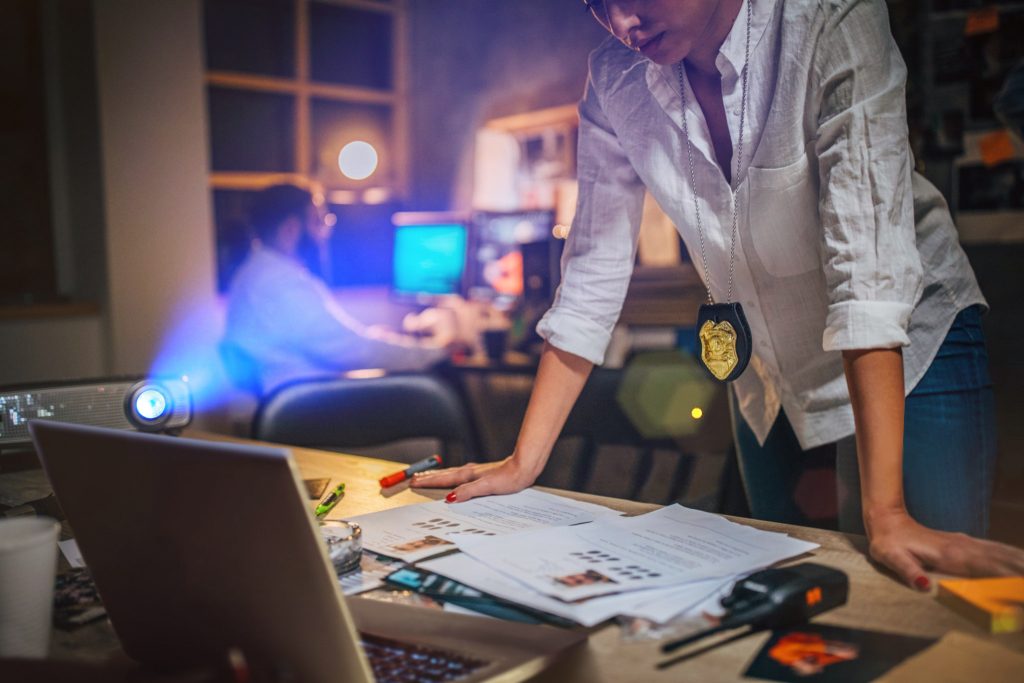 Online Game: Communication / Alertness / Decision Making
A mysterious crime has taken place and all help is needed to solve it! As true detectives, you will have to openly communicate within your team and dig through the clues to uncover, among other things, the murderer, murder weapon and location. Can you unravel the thread of intrigue? 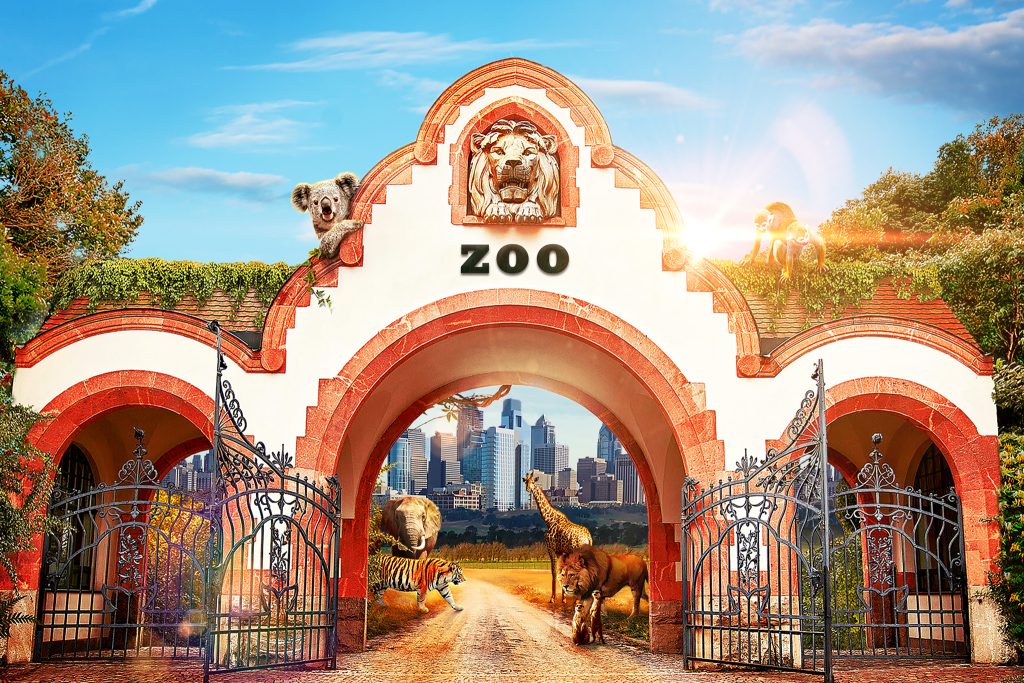 Business At The Zoo

Live Game: Entrepreneurship / Cooperation / Competition vs. Win-Win
Put yourself in the position of zoo managers, media agencies and safari parks and discover for yourself what these people have to deal with in their everyday lives. By means of negotiation, collaboration and healthy competition the teams take on the challenge to achieve their goals and try to get the most visitors and impressive animals at their zoos!